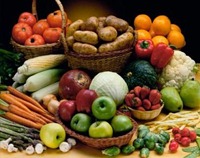 Following calcium and phosphorus, sulfur is the third most common mineral found in the body. Besides, sulfur is more vital to the body’s health than other minerals such as magnesium, sodium, and iodine contributing many benefits including immune system strengthening, joint maintenance and fighting cardiovascular disease. If your body does not get the proper amount of sulfur, you may experience health problems. The best way to obtain sulfur is through food. Fortunately, many of the foods you already eat contain sulfur.

Benefits of Foods High in Sulfur

Sulfur is primarily found in our body’s proteins and its amino acids. But it is also in our bones, skin, and cells. Sulfur helps our cells use oxygen in energy production – a crucial function for all cell activity – and assists our immune system. Having enough sulfur in your diet is invaluable to your health and offers many benefits.

Sulfur is found in all food that is protein-based, and no recommended dietary allowance has been established for its intake. But eating sulfur-rich foods will increase and amplify the benefits of this often overlooked nutrient. Eating whole food is the best way to get the nutritional value of a food, but supplements offer another option.

Some studies show that certain segments of the population -- most notable the elderly and economic disadvantaged -- are not getting enough sulfur in their diets. These segments of society may benefit from sulfur supplements, but it is always best to consult with your doctor before taking nutritional supplements.